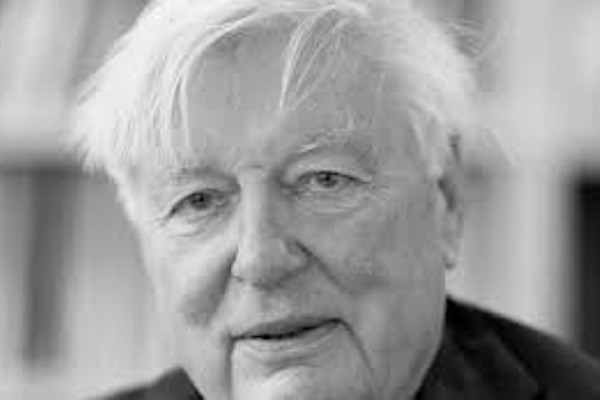 I can’t say how sad I was to learn of the death of Hugh Wood on Saturday morning. With his departure another link to my father and his music is broken.

Hugh only studied with Mátyás for about 18 months before the latter’s untimely death in 1960; he often expressed regret that it was not longer, saying he had learned so much in that short time.

Hugh was to go on to become one of Britain’s best known and regarded composers, eclectic in his styles like his tutor. He favoured chamber music (again like his tutor) but ventured into orchestral pieces too, and chorus with orchestra, several of them performed at the Proms.

The young Hugh (who originally read History at Oxford as I did myself, many years later) would come to our house in Caterham as did most of the Seiber pupils, whom I would often meet. After the death of my father in 1960, Hugh wrote an obituary of Mátyás, and remained in contact over the intervening years with my mother, Lilla, and myself.

After a host of university lectureships around the country, his final working years were at Churchill College, Cambridge.

Since 2004 he has also been the guiding star of the Mátyás Seiber Trust, set up with the centenary celebrations of Seiber in mind, and busy ever since in promoting concert and CD performances of Seiber’s music & studies of his work. Hugh also helped enormously in the Morley College Seiber celebrations in both 2005 and 2010, organised by Bob Hanson (also sadly no longer with us), and has always provided generously of his unrivalled historical knowledge of the music of that generation.

Above all he has been a close and valued friend, amusing, erudite and always supportive.

We shall miss him greatly.